Achalasia is a rare esophageal motility disorder. The disease is defined by failure of the lower esophageal sphincter to relax. In addition, all contractions of the muscles of the tubular esophagus are simultaneous contractions, with no propulsive activity. This is also called “tertiary contractions”. 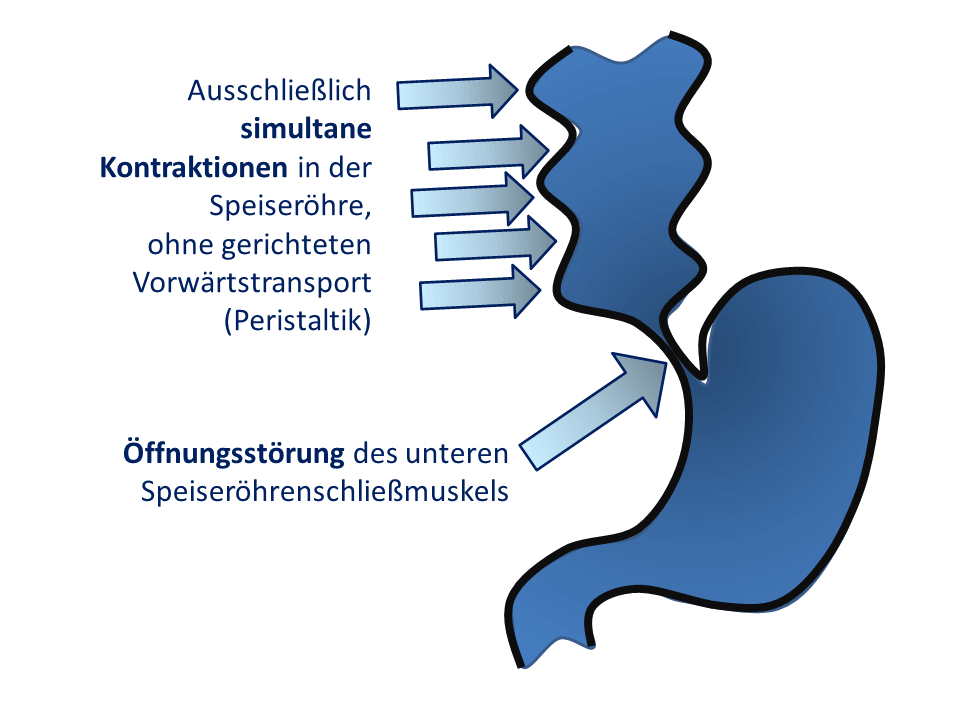 The term “achalasia” stems from the Greek “”achalasis”

Der term achalasia stems from the greek language [achalasis (gr.) = „missing relaxation“]. It goes back to 1927 by Sir Arthur Hurst (see achalasia: history). Previously the disorder had been termed “cardiospasm”, which refers to the spasm of the lower esophageal sphincter/ entrance of the stomach, the anatomic “cardia”.